Halloween is my favorite holiday. I love dressing my boys up into cute costumes and seeing them light up when someone gives them candy.

This year we’re keeping it super simple since we have a lot going on but I have a few ideas I would like to put into action for the years to come. Since they’re brothers I thought there would be tons of costumes they could do together but surprisingly not so much. Here are 5 ideas I thought of.

It’s a classic duo. My mother in law dressed my husband up as Robin one year for Halloween, maybe my youngest will look like a copy of his daddy. My oldest loves the cartoon Teen Titans, Go! so he’ll probably want to be Robin but since he’s older so he has to be Batman.

For those of you who don’t know who these two are, they are two brothers who kill things. Monsters to be exact. They are from the show Supernatural and they are hunters. They hunt demons, vampires, werewolves and the like. It’s one of my favorite shows of all time and it would be so stinkin’ cute to see my boys dressed up as these two. If only I could get them a miniature Impala…

I love Wayne’s World, Mike Myers and Dana Carvey are so hilarious. It’s also fun to take something that was popular when I was a kid and share it with my kids. I don’t know which boy will be which character but I’ll figure it out when the time comes.

So for the longest time I hated this movie because it was so obnoxious. Now, however, I think it’s really funny and I would love to dress both my boys up as these two. I think I’ll wait until their a little older so they can watch the movie and get into character when they’re dressed up. I think they’d have a lot of fun with it. 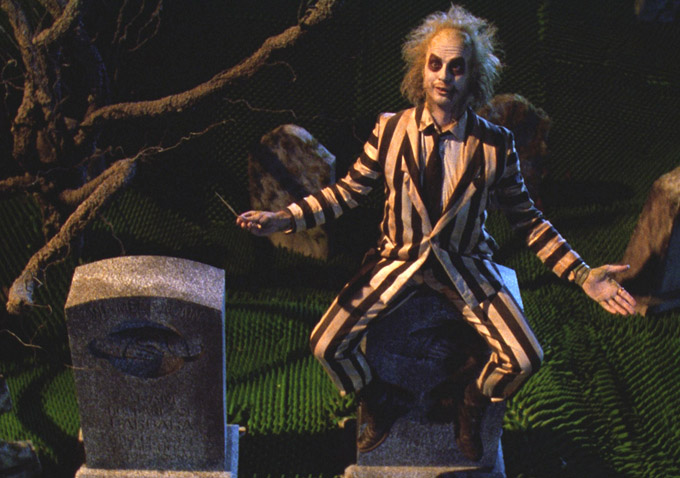 Classic Tim Burton characters. What I love about this one is they can dress up as these characters when they’re little and then when they get older they can recreate it. I think it’ll be so much fun to do their makeup and make their costumes. They will look so cute as miniature versions of these guys.

What are you dressing up as this year? What are some costumes you’ve dressed your kids in? I want to know!