I Am No One’s Pawn 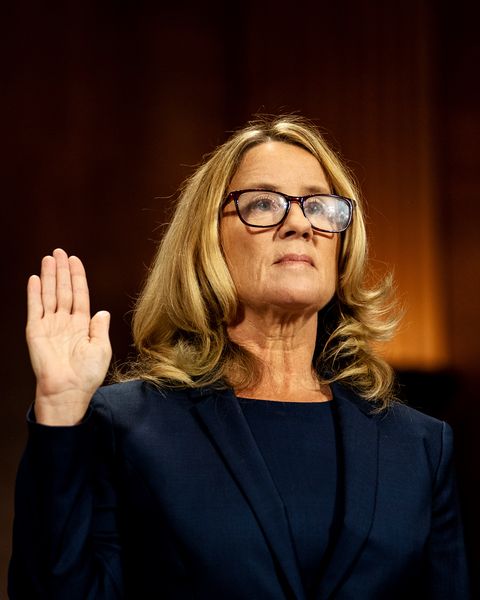 “My responsibility is to tell the truth.” -Christine Blasey Ford

I will be discussing sexual assault and child molestation. Please read with caution.

When I was six years old I spent the night with a friend from school. We also went to church together, our parents knew each other. I had spent the night with her many times before this. On this particular night her older brother had some friends spending the night as well. He was fourteen, his friends were of similar age. My friend took a liking to one of her brother’s friends. His name was Dwayne. He was tall, blonde, and sixteen years old. Being six years old she just had a little crush on him, he was amused by this.

Being the youngest people in the house, my friend and I had to go to bed first. We got into a full sized bed and went to sleep. I woke up in the middle of the night, I’m not really sure why. When I woke up there was an arm draped over me. I turned to look and it was Dwayne. He was lying in between my friend and I, on his stomach with an arm draped over each of us. I needed to get up and use the toilet so I tried to slide out from under his arm very slowly so as not to wake him up. When I got into the bathroom I noticed that I had indeed woken him up. He had followed me into the bathroom. He stood in the doorway as I tried to pull my underwear down while also trying to shield my nakedness from him. He saw me struggling to get onto the toilet because I was pretty short at just six years old, so he offered to help me onto it. Once I was done I went to pull my panties up, but he stopped me. He said, “let me show you something…”

I had absolutely no memory of anything after that. All I could remember was the next morning when my friend and I were sitting on her front porch waiting for the church bus to pick us up. After that night I could not spend the night at a friend’s house. Even spending the night at my families’ houses would send me into a panic attack. I would cry and cry and just want to go home. I never knew why. I always had this feeling that if I stayed there something bad was going to happen. It wasn’t until I was fifteen that I could finally sleep over at a friend’s house without having a mental breakdown.

When I was sixteen, I started dating. I started seeing a boy that I worked with and kissing was fine, going on dates was fine but when he asked if I would have sex with him a lot of memories started to come back to me. First they were just little bits and pieces, flashbacks if you will. I started thinking about a tall, blonde teenager again and I couldn’t figure out why. Every time things would start to get hot and heavy with this guy I would start to have a panic attack. Finally all the pieces fit into place and I realized why I was so afraid of having sex with him. I finally realized that the first time a teenage boy had touched me I was six years old.

Imagine that for a second. My first sexual experience was when I was only six years old. My brain at the time couldn’t even let me know that. It shielded me from the truth for ten years because it was too painful for me to walk around with at such a young and tender age.

When I finally had sex for the first time it took months for me to actually do it. I felt so much pressure from him and I was terrified because I actually had something to compare it to. I hated myself because I wasn’t “normal”. I was scared of having sex, something all my friends were doing and were having a good time doing it. The first few tries were very unsuccessful because my muscles were so tightly shut he couldn’t even get inside. That’s how terrified I was. It was excruciating.

Frankly I am disgusted and disappointed with certain men in my family. And when I say my family I mean my side of it. It hurts me to think that some of the men who I grew up with, who raised me, would question me and say, “well why didn’t you tell us when it happened?” The same men who claim to love their wives, mothers and daughters but will take the side of another man in a heartbeat. If you’ve never been sexually assaulted you don’t know. You don’t know what it’s like to have someone violate your very being. To have them fuck you up so mentally that it affects you for years and years after it happens. To this day I still think about it at times. It will never go away. It is with me until the day I die. I was just a little girl and I couldn’t stop him. I was completely powerless and that feeling of powerlessness followed me into my adult years. A feeling that allowed other men to say whatever they wanted to me because I never felt like standing up for myself would do any good.

Every time we call a woman a liar for claiming she’s a victim of sexual assault we let the men who victimize these women get away with it. America cares more about the status and future of men, particularly white straight men, more than they care about the women in this country. Who cares if women are used and abused as long as the guy is having fun, right? He was just playing around, right? She was practically begging for it, right?

I hope the women that read this start sticking up for their fellow women. Just because it has never happened to you, doesn’t mean it doesn’t happen or that it won’t happen to you. Don’t let a man convince you that these women are liars or attention seekers. Don’t let anyone lead you to believe that the woman could have avoided wearing certain clothes or engaging in certain activities.  I hope the men that read this take a hard look at themselves and their behavior. I hope they think about how they would like it if someone made them feel dehumanized and ostracized. And I don’t want to hear the idiotic remarks of how sick my abuser was because I was a little girl, because a grown person raping another grown person is just as sick.

For all the people who have been victims of sexual abuse and assault I believe you. You don’t have to share but just know that I believe you. I’m sorry that you had to go through that.

For those of you who have come forward with your abuse I applaud your courage.