Books I Really Want to Read

I set a reading goal for myself every year, and I have accumulated a large amount of books to read when I get the chance. They’re all packed up at the moment so I can’t take pictures of all the books I have stored up, so I’ll stick to Google images. I’ll include the Goodreads descriptions as well.

Told in Kvothe’s own voice, this is the tale of the magically gifted young man who grows to be the most notorious wizard his world has ever seen.

The intimate narrative of his childhood in a troupe of traveling players, his years spent as a near-feral orphan in a crime-ridden city, his daringly brazen yet successful bid to enter a legendary school of magic, and his life as a fugitive after the murder of a king form a gripping coming-of-age story unrivaled in recent literature.

A high-action story written with a poet’s hand, The Name of the Wind is a masterpiece that will transport readers into the body and mind of a wizard.

In the Victorian ages of London The Earl of the Phantomhive house, Ciel Phantomhive, needs to get his revenge on those who had humiliated him and destroyed what he loved. Not being able to do it alone he sells his soul to a demon he names Sebastian Michaelis. Now working as his butler, Sebastian must help the Earl Phantomhive in this suspenseful, exciting, thriller manga.

What if damnation is the price of true love?

Innocent blood has been spilled on the steps of the Council Hall, the sacred stronghold of the Shadowhunters. In the wake of the tragic death of Livia Blackthorn, the Clave teeters on the brink of civil war. One fragment of the Blackthorn family flees to Los Angeles, seeking to discover the source of the blight that is destroying the race of warlocks.

Meanwhile, Julian and Emma take desperate measures to put their forbidden love aside and undertake a perilous mission to Faerie to retrieve the Black Volume of the Dead. What they find in the Courts is a secret that may tear the Shadow World asunder and open a dark path into a future they could never have imagined. Caught in a race against time, Emma and Julian must save the world of Shadowhunters before the deadly power of the parabatai curse destroys them and everyone they love.

When newly widowed Elsie is sent to see out her pregnancy at her late husband’s crumbling country estate, The Bridge, what greets her is far from the life of wealth and privilege she was expecting . . .

When Elsie married handsome young heir Rupert Bainbridge, she believed she was destined for a life of luxury. But with her husband dead just weeks after their marriage, her new servants resentful, and the local villagers actively hostile, Elsie has only her husband’s awkward cousin for company. Or so she thinks. Inside her new home lies a locked door, beyond which is a painted wooden figure–a silent companion–that bears a striking resemblance to Elsie herself. The residents of The Bridge are terrified of the figure, but Elsie tries to shrug this off as simple superstition–that is, until she notices the figure’s eyes following her.

A Victorian ghost story that evokes a most unsettling kind of fear, this is a tale that creeps its way through the consciousness in ways you least expect–much like the silent companions themselves.

At long last, Mary Beard addresses in one brave book the misogynists and trolls who mercilessly attack and demean women the world over, including, very often, Mary herself. In Women & Power, she traces the origins of this misogyny to its ancient roots, examining the pitfalls of gender and the ways that history has mistreated strong women since time immemorial. As far back as Homer’s Odyssey, Beard shows, women have been prohibited from leadership roles in civic life, public speech being defined as inherently male. From Medusa to Philomela (whose tongue was cut out), from Hillary Clinton to Elizabeth Warren (who was told to sit down), Beard draws illuminating parallels between our cultural assumptions about women’s relationship to power—and how powerful women provide a necessary example for all women who must resist being vacuumed into a male template. With personal reflections on her own online experiences with sexism, Beard asks: If women aren’t perceived to be within the structure of power, isn’t it power itself we need to redefine? And how many more centuries should we be expected to wait? 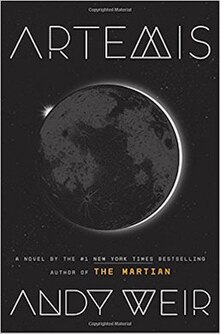 Jazz Bashara is a criminal.

Well, sort of. Life on Artemis, the first and only city on the moon, is tough if you’re not a rich tourist or an eccentric billionaire. So smuggling in the occasional harmless bit of contraband barely counts, right? Not when you’ve got debts to pay and your job as a porter barely covers the rent.

Everything changes when Jazz sees the chance to commit the perfect crime, with a reward too lucrative to turn down. But pulling off the impossible is just the start of her problems, as she learns that she’s stepped square into a conspiracy for control of Artemis itself—and that now, her only chance at survival lies in a gambit even riskier than the first. 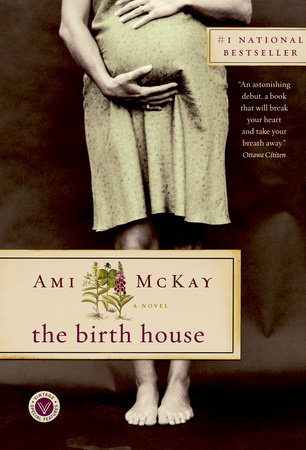 Spanning the 20th century Ami McKay takes a primitive and superstitious rural community in Nova Scotia and creates a rich tableau of characters to tell the story of childbirth from its most secretive early practices to modern maternity as we know it. Epic and enchanting, ‘The Birth House‘ is a gripping saga about a midwife’s struggles in the wilds of Nova Scotia. As a child in the small village of Scot’s Bay, Dora Rare — the first female in five generations of Rares — is befriended by Miss Babineau, an elderly midwife with a kitchen filled with folk remedies and a talent for telling tales. Dora becomes her apprentice at the outset of World War I, and together they help women through difficult births, unwanted pregnancies and even unfulfilling marriages. But their traditions and methods are threatened when a Doctor comes to town with promises of painless childbirth, and sets about undermining Dora’s credibility. Death and deception, accusations and exile follow, as Dora and her friends fight to protect each other and the women’s wisdom of their community. Hauntingly written and alive with historical detail, ‘The Birth House’ is an unforgettable, page-turning debut. 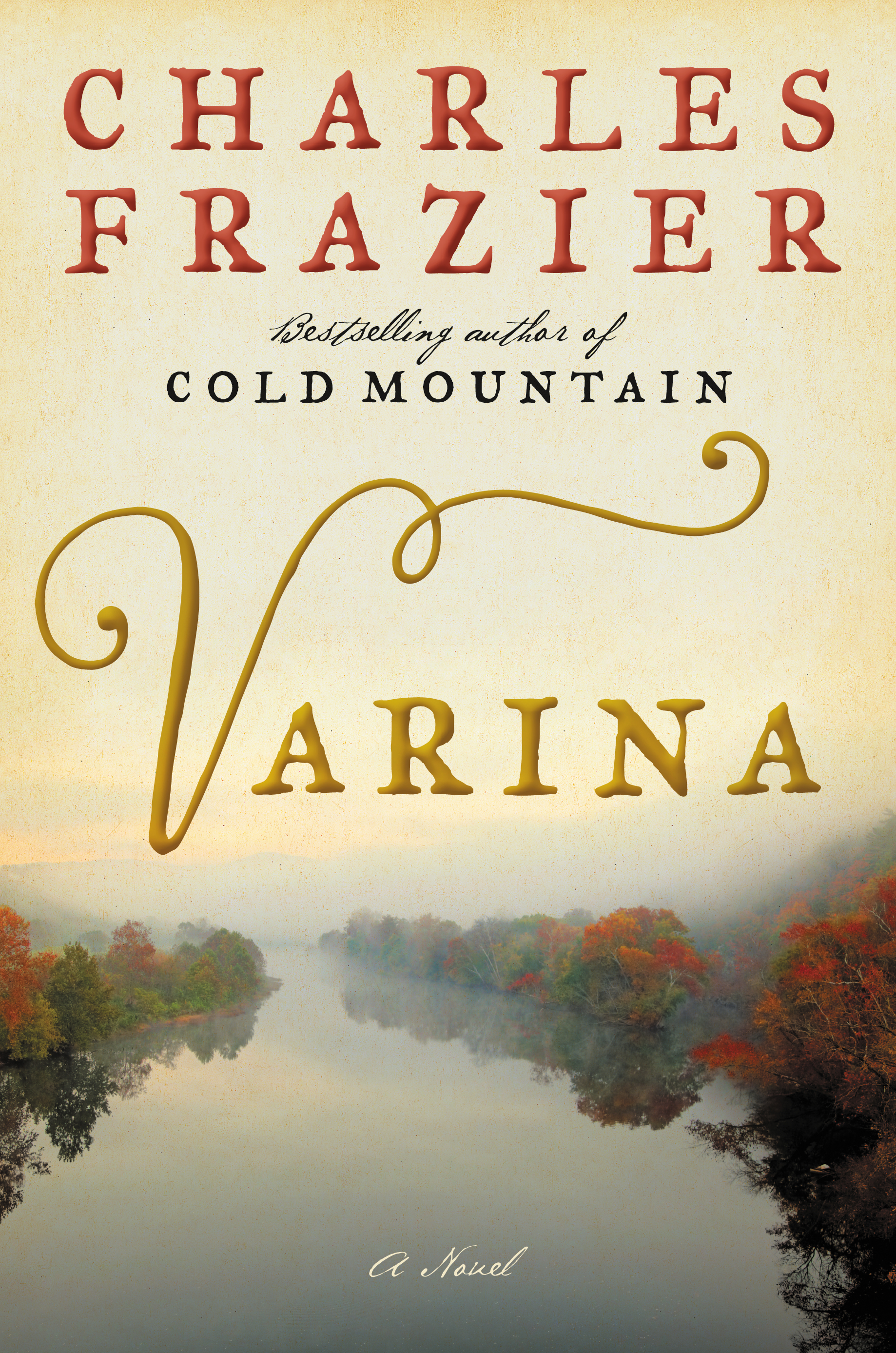 In his powerful fourth novel, Charles Frazier returns to the time and place of Cold Mountain, vividly bringing to life the chaos and devastation of the Civil War.

With her marriage prospects limited, teenage Varina Howell agrees to wed the much-older widower Jefferson Davis, with whom she expects a life of security as a Mississippi landowner. He instead pursues a career in politics and is eventually appointed president of the Confederacy, placing Varina at the white-hot center of one of the darkest moments in American history—culpable regardless of her intentions.

The Confederacy falling, her marriage in tatters, and the country divided, Varina and her children escape Richmond and travel south on their own, now fugitives with “bounties on their heads, an entire nation in pursuit.”

Intimate in its detailed observations of one woman’s tragic life and epic in its scope and power, Varina is a novel of an American war and its aftermath. Ultimately, the book is a portrait of a woman who comes to realize that complicity carries consequences.

Whoever is born here, is doomed to stay ’til death. Whoever settles, never leaves.

Welcome to Black Spring, the seemingly picturesque Hudson Valley town haunted by the Black Rock Witch, a 17th century woman whose eyes and mouth are sewn shut. Muzzled, she walks the streets and enters your homes at will. She stands next to your bed for nights on end. Everybody knows that her eyes may never be opened.

The elders of Black Spring have virtually quarantined the town by using high-tech surveillance to prevent their curse from spreading. Frustrated with being kept in lockdown, the town’s teenagers decide to break their strict regulations and go viral with the haunting, but in so doing send the town spiraling into the dark, medieval practices of the past.

Because I know it will be amazing:

A Thousand Splendid Suns is a breathtaking story set against the volatile events of Afghanistan’s last thirty years—from the Soviet invasion to the reign of the Taliban to post-Taliban rebuilding—that puts the violence, fear, hope, and faith of this country in intimate, human terms. It is a tale of two generations of characters brought jarringly together by the tragic sweep of war, where personal lives—the struggle to survive, raise a family, find happiness—are inextricable from the history playing out around them.

Propelled by the same storytelling instinct that made The Kite Runner a beloved classic, A Thousand Splendid Suns is at once a remarkable chronicle of three decades of Afghan history and a deeply moving account of family and friendship. It is a striking, heart-wrenching novel of an unforgiving time, an unlikely friendship, and an indestructible love—a stunning accomplishment.

Have you read any of these books? What books do you want to read?

← Dream Series #5
Random Fact About Me →

4 Comments on “Books I Really Want to Read”